Portiso has a solid infrastructure consisting of 4 modern factories, located in France (2), Portugal and the United Kingdom, and a team of
over 100 professionals of different nationalities. Portiso is also present on the Spanish market and has its head office in Madrid. 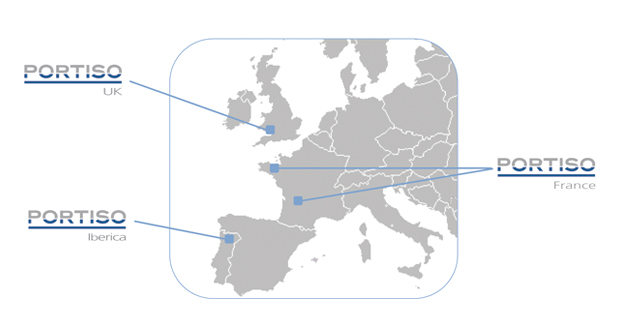 Set up in the early 1990s, Nelas is the benchmark factory of the Purever Group. This is why, in 2006, when the group decided to increase its presence on the Iberian market, it added a line for the manufacture of industrial isothermal doors and doors for climate controlled rooms.

The variety of doors manufactured by Portiso Ibérica has increased over the years, making its doors a benchmark on the Portuguese market and sparking important growth on the Spanish market.
In Nelas, doors are also manufactured for modular rooms and clean rooms.

In addition, there will soon be a new extension to accommodate industrial doors, the most important being high-speed doors.

Set up in 1985 and with over 30 years of experience, Portiso France's Peyrat-le-Château factory has a full production line for isothermal industrial doors and interior doors.

Portiso's success in the market is due to its flexible production, which allows for a wide variety of finishes and customisation of the doors to the client's taste, making Portiso the perfect solution for installation needs.

The factory was recently extended to increase production capacity and to make it possible to keep some doors in stock, in order to provide better service to our clients. Precisely with this aim in mind, Portiso Service was set up in 2014. It offers full pre-sale and after-sales service, as well as assistance with installation and maintenance.

Set up in 1994, Portiso France's subsidiary, Getam Portes, has factories for the production and storage of cold room and interior doors, allowing them to provide cold room installers and insulators in record time.

This, in addition to the excellent service provided to clients, has made Getam Portes the market leader in the Grand Ouest area, one of the main agri-food areas in France, and has been the driving force behind its strong growth in the rest of France.

In 2009, Portiso decided to focus on the British market and opened a factory in South Wales. The 4,000 m2 factory manufactures doors that are fully adapted to the British market, which has allowed it to progressively increase its market share, making Portiso UK a benchmark for quality in the market.

In addition, it has a 5,000 m2 warehouse which has some doors in stock in order to deal with urgent client needs. We have references from some of the most important supermarket chains and other prestigious companies, such as McDonalds, Frankie & Benny's Subway, Pizza Express and many more.